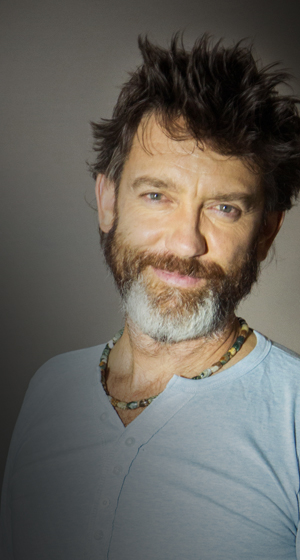 Chris is an artist and film director living in Mumbai India. Originally from Australia, he has worked in many countries, primarily Europe, the USA, Australia and India.

He creates abstracted landscape compositions that explore reason and consciousness, unpicking the spiritual fibres and assumptions about life in the 21st century. He is deeply passionate about the potential of individual human beings and each work seeks to encourage his audience to live in levity and inspiration.

His pieces are typically formed from a textural acrylic underpainting, followed by layers of refined finishing in oils. He presents visual stories, using interwoven levels of narrative to ask questions of his audience and encouraging a long, satisfying digestion of each piece. Indeed, new pockets of intrigue pop out from his paintings with repeated viewings due to the detail and layers he invests in each.

He has directed numerous TV Commercials, Feature Film productions and award winning short films. The rigour of his professional cinematic experience is evident in his awareness and use of light throughout each composition.